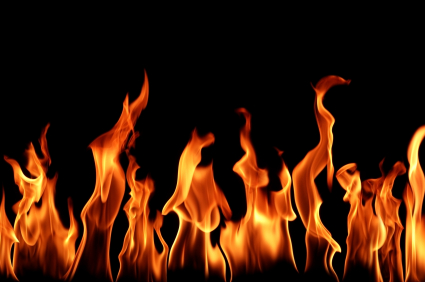 Create your own fires

Fire has been around since before Prometheus stole it from Zeus and shared it with us mere mortals.

We won’t revisit the penalty that Zeus bestowed but suffice it to say, Prometheus probably regretted his thievery.

Are you spending your day putting out fires?

It seems that most executives today are consumed with putting out fires not starting them.

“Those that with haste will make a mighty fire begin it with weak straws.” ~William Shakespeare, in Julius Caesar

Many would say it isn’t their fault, that the constant fire fighting is the result of the struggling economy.

I would submit, however, that when business leaders are spending most of their time fighting fires, it’s not because someone else started them.

It’s because they lack a fundamental understanding of why the fire started in the first place and how to control the burn. I think it’s time to douse the unbidden flames and start lighting our own fires to get our businesses moving again.

What does it take to start a fire?

These are the three essential components of fire.

You can start by using your vision, strategy and value proposition to provide the fuel source for your successful growth.

We laugh at the old saw about “I don’t know where I’m going but I’m making good time,” but it’s whistling in the graveyard of this ember-less economy.

More than ever, a clear, crisp and simple value proposition is needed to focus your limited resources on those activities that will have the greatest impact on your success.

So, to light a fire under your business, make sure your fuel source is well established, with a powerful framework that will allow you to sustain the flames for the foreseeable future.

Without ignition, no amount fuel of will burn – and action is the most powerful ignition cap you have.

Ready – Fire – Aim is the mantra you need to adopt, today more than ever.

Change Favors those in motion

I’ve said before that change favors those in motion, and to ignite your vision, you need to take action now.

It would be ideal if you had a clear path all the way to the finish line, but that isn’t essential.

Unlike in football where the field is always 100 yards long and the goal line is always a measurable distance away, the goal line of our business success is elusive and changes all the time.

We do know, however, that the closer we get, the more clearly the goal line can be seen.

Even if the ultimate outcome is unclear and you have to make adjustments along the way, take action now. It will announce to your employees, customers and suppliers that you’re here to play and stay … and are determined to take charge of the things you can control.

Finally, like life itself, fire doesn’t burn without oxygen.

Take the largest bonfire of combustible material you can build, pour kerosene all over it and get the biggest match you can find.

No oxygen – no fire.

Our people, and the organizational structure within which they work, supply the oxygen that allows us take our vision, ignite it with action and expand it with the greatest possible impact.

Of course, fires can easily burn out of control.

Forest fires, for example, are notoriously difficult to manage in a wide-open environment surrounded by an unlimited oxygen supply.

It’s equivalent to deploying people throughout your organization without any structure, without established processes or procedures.

A whole lot of oxygen is consumed, but the fire is spreading haphazardly with an unpredictable and usually unfavorable result.

Unless you channel the energy of your team and focus them intensely on clear, attainable goals, you’ll spend all of your time putting out someone else’s fires instead of lighting your own.

Most of the time these unbidden fires we’re putting out are the result of leadership gaps that we have allowed to fester.

Those leadership gaps offer an easy path for small brush fires to escape, throw off sparks that ignite the next set of fires … and so it goes.

Make sure that you’re building the strongest possible leadership team so you can shut down these escape routes and devote your limited resources to only those fires that you set.

You can’t make it too simple

In the quest to simplify, what could be clearer than this simple formula to jumpstart your business?

Create the fuel source by setting a clear direction and purpose.

Ignite the flames with calculated action.

Spread the flames – or permanently put out the fires you keep chasing – by marshalling your limited oxygen supply to optimize your chances of success.

Go ahead and apply this simple formula to start your own fires – so you can quit spending your time putting out fires.

Do You Want to Light a Fire Under Your Organization? Have you got the 3 Key Ingredients in Place?

Leadership Lessons | Do you have the magic elixir of True Grit?
More Help for Small Business?
How to budget your time