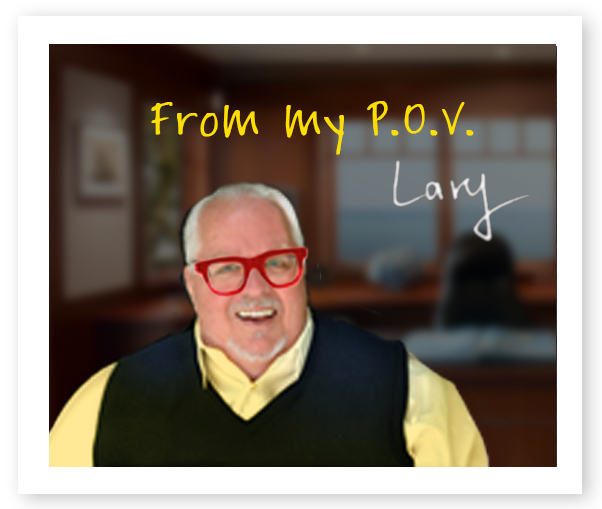 Facing challenges is nothing new for leaders, and in this week’s Getting to the Point, we’ll start in our Spotlight segment by addressing why more women don’t become CEOs. In our Featured Article, we’ll also consider how to make sure our Common Practices are truly Best Practices. We’ll see if you can name the #1 job held by men in the U.S. and then we’ll continue in the Business Brief, to look and learn about these issues:

When you’re Geeking Out, you’ll learn that the Deep Dark Web is NOT a Hoax and in Under the Apple Tree, you’ll see an example of someone trying to smuggle more than $100K in iPhones on their body. When you’re looking Around the Web, you’ll see how TV networks are actually speeding up shows to fit in more ads, how a new initiative is trying to determine if we’re alone in the universe and that there is such a thing as an ugly premium.

You’ll finally get a good laugh at the expense of consultants and from the Library, you’ll get another laugh at how many of your meetings might look. We’ll also catch up with Bob Lee Swagger in his 2nd TV season, learn about true grit in the game of golf and catch up to John Rain, the trained assassin in Barry Eisler’s novel series.

Did I forget you’ll also finally learn how to tie your shoes?

Make it a great weekend … but don’t stop leading.

Welcome to Sword Tips, the Exkalibur Newsletter. You may not take the time or have the inclination to scour so many sources each week … so I’m serving as your Curious & Conscientious Curator to bring you interesting articles, facts and stories across a wide range of subjects … not focused on breaking or “timely” news … but on timeless information … that’s relevant to you, your business and your life.  That’s what I mean by “Getting to the Point”.

To answer this question, why not consider the experiences of the people who know best: Women who were in the running to become No. 1, but didn’t quite make it. The women who had to stop at No. 2.

In many of these examples, I’m not sure the outcome of policy and strategic disagreements would have landed any differently on men. Do you?

Isn’t It About Time You Learned How To Tie Your Shoes?

Wasn’t that one of the first things Mom taught us? Is it even possible we still don’t know how?

It seems highly unlikely, yet as you’ll learn from Bill Nye, the Science Guy, he thinks we’re tying our shoes wrong.

There’s also a 3m video from Terry Moore in the TED series, How to Tie Your Shoes.

By the time you’re done, you may finally KNOW how to tie your shoes, huh?

What’s next? How to eat our cereal?

How often have you found yourself examining a common practice in your organization, shaking your head and wondering, “Who Set Up This Crazy Procedure?”

How do our Common Practices become so much different from Best Practices?

I’m increasingly fascinated by the breadth and depth of professional sports analytics. You only have to watch a few TV sports events to see some of the remarkable statistics and tracking data that’s collected and graphically displayed in real time.

What they teach you … and what directly applies to your own organization … is that by thoughtfully considering currently available data, you may discover that what you’re doing every day no longer represents Best Practices.

How Do We Shake Things Up?

Sports data provides some powerful examples of this phenomenon … in part because it is more visually compelling and we can see how easy it is to become complacent, completing ignoring the data.

When you consider, How can you make sure that Common Practices are always Best Practices?, you’ll see how certain common decisions made by football coaches, for example, are inconsistent with the data. Likewise, current penalty kick strategies in soccer.

Get Off the Easy Road and Examine the Data

Collecting and analyzing data in the world of professional sports has surpassed what many of us find in our organizations … but it doesn’t have to be that way.

Make time to take a thorough look at your Common Practices and make sure you’re actually following Best Practices supported by the latest data.

Gee, I wonder why nothing is getting done?

Let’s Bring Home All the Cash in Your Stash, say $1 Trillion or So?

It’s astonishing how much cash U.S. companies have stashed overseas. By way of example, if you bought a share of Apple for $156 on May 12 of this year, you’d be investing about $107 in operations and $49 in Apple’s cash.

Not illegally, mind you … in compliance with federal tax laws and the right of Americans to avoid taxes … but sitting idle and building nothing.

If you’re interested in the size and scope of this issue, The real story behind US companies’ offshore cash reserves gives you a lot of helpful background.

I have also heard this from several clients who are actively looking for people. They’re finding that for many line positions, the number of candidates screened out by drug tests has become an unexpectedly large obstacle to their hiring plans.

Here are a few highlights from the Economy Needs Workers, but Drug Tests Take a Toll:

There’s even more bad news when you read Drug Deaths in America Are Rising Faster Than Ever.

In a New Survey Reports Divide Between How the Most Educated and Least Educated Americans View the Future, there’s a lot of interesting survey information, but this is my favorite:

Do You Agree With This Statement?

To develop great talent, don’t find “the best person for the job,” but the “best job for that person.”

Read Companies Seek Racially Offensive Trademarks After SCOTUS Decision to see some of this craziness.

Just what we need, huh?

Yes, Culture Continues to Eclipse Everything Else

You may recall last week that we talked about the selection of Stanley Bergman as the CEO of the Year and the tremendous effort Henry Schein, Inc. has put into building a great culture.

But how does that work in the digital age? In Culture for a digital age,
McKinsey & Co. tackles this issue:

“As you ascend the corporate ladder and your free time gets ever more limited, it might seem like the first thing to get rid of is all those optional activities — like going to conferences, watching educational talks, and relaxedly ”ideating.”

When you read, A senior GE exec says successful leadership depends on how you spend 10% of your time, you’ll learn that Beth Comstock, vice chairman of General Electric, thinks that’s a terrible idea.

She and I agree, so if you’re ready to get started on a program to encourage your team leaders to look outside their normal routine, start with The Simple 7 Step Process to Build Your Reading Program.

From there, you can get a headstart with 10 additional books from TEDWomen for your summer reading list.

You might have just at least one of these right, but I doubt that you got them both:

In case You Think the Deep Dark Web Is a Hoax …

This Isn’t a Record You Should Try to Break

The answers aren’t so clear, but here’s an example of how it’s typically attempted … for almost $100K worth of iPhones.

Network TV Speeding Up Shows to Fit in More Ads?

I’m not sure this fits under who trusts the media, but it could.

When you read Network Television Stations Speed Up TV Shows to Fit in More Ads, you’ll learn how network TV has deliberately sped up TV shows by as much as 10% so they can air more ads.

“Because of this, more TV time has been taken up by commercials: Nielsen, a television ratings company, found that broadcast networks aired 15.8 minutes of commercials per hour in 2014, compared to 14.5 minutes in 2009.”

This Should Get Your Antenna Up

“A new initiative to beam messages into space may be
our best shot yet at learning whether we’re alone in the
universe.

There’s just one problem: What if we’re not?”

We Kinda Know There’s a “Beauty Premium” … but an “Ugly Premium”?

It’s no surprise … and studies have shown … that:

“Attractive lawyers and M.B.A. grads earn more in their careers than their average-looking brethren, and when comely C.E.O.s appear on television, their companies often see a bump in stock price.”

Yeah, I know it’s not fair. But hang on … there’s also an Ugly Premium raising its, well, “ugly” head. Read Vote for Ugly and you’ll see what I mean.

A while back, I described the great fiction series about Bob Lee “the Nailer” Swagger, who returned in the 10th novel in this series from Stephen Hunter, a Pulitzer Prize winning author and journalist.

Bob Lee was also featured in a movie, Shooter, and now a TV series by that name that just began its 2nd season.

A lot of action, and if you’re a fan of Bob Lee, a fictional character loosely based on USMC Scout Sniper Carlos Hathcock, you’ll like this one.

No Guts, No Glory!

Other than Jack Nicklaus, Jordan Spieth is the only person who has won three major PGA golf titles before the age of 24.

The moral of the story is perseverance and determination.

Spieth was 4 over par after the first 13 holes and was trailing the tournament. He then shot 5 under par for the last 5 holes, including 3 birdies and an eagle to overcome a disappointing start and win his 3rd major title.

No golfer in PGA history has won three major tournaments and 11 other titles before the age of 24.

This article headline says it all: Jordan Spieth overcomes nightmare start to claim The Open 2017 crown with superb run to finish.

I love John Rain and I’m glad to see Barry Eisler is keeping him on the page. He is a skilled assassin, but one with a heart and soul … and values that rarely accompany his profession … although you may be understandably dubious about what values John Rain embodies.

In any case, you definitely don’t want to mess with him.

I highly recommend the 8 novels in Barry Eisler’s John Rain series, starting with the first one, A Clean Kill in Tokyo.

I also love his new series that started with Livia Lone … who is one tough cookie!

If you’re looking for a little action … and for someone who doesn’t wait for the system to deliver justice deserved … John Rain is your man.