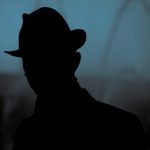 I’ve heard from a few of you that you’re a little confused about FRiction FRiday. Pretty simple, really … just a joyride down a back alley hidden behind our office building. No, I’m not changing the web site or becoming a book critic. Just having some fun, kicking a few rocks loose and sharing my observations with those of you who love mystery-thriller-suspense novels. Only on Fridays … to suggest a few morsels for the weekend and beyond. [All names in Bold Italic … BLACK for authors, titles in GREEN, characters in ORANGE … except URL references in RED. No affiliate links.]

Geez, aren’t there enough of those? Yeah, probably … but in this genre, it isn’t the Top Ten favorite books. Most observers agree that with series books, like many/most of those in this genre, few people can remember one book from the other within a favorite series … certainly if their memory is like mine, they can’t. What they do vividly remember are the characters … and of course, the authors … and it’s the character development that’s more memorable than a specific book.

We’ll start down that path next week but you can be sure the guy who follows is definitely on it!

Worth Dying For … Jack Reacher a Cornhusker?

Yes, one of our favorite heroes returns in Worth Dying For, book #15 in the Reacher series from Lee Child. If you haven’t met Jack Reacher, then you don’t pay much attention to this genre. Reacher is a retired MP officer from the U.S. Army, disconnected from just about everything. He’s always on the road but somehow becomes embroiled in all manner of justice serving and general mayhem along the way. Big guy, plays for keeps, doesn’t lose much, doesn’t get pushed around much either.

Last week, Reacher’s latest story was on my “Still Savoring” list but I couldn’t hold off any longer. I finished it last night and it’s great to have the old Reacher back. He seemed to be mellowing a bit in the last few books, letting a few bad guys off the hook. No longer because he makes up for it in spades here. Readers love Reacher because he extracts justice on the spot … no hand-wringing, no regrets … he just acts in ways that satisfy our own primal urges … the kind that are riled when one more predator goes free or another child has gone missing.

If you haven’t found Reacher, get started. You can also check out the Reacher Report, too, to keep up with Jack’s exploits.

No time to comment but here’s a pic of one stack of books I’ve read to jostle your reading fires. There’s one lesser known author in there who’d make my top ten list. Do you know who it is? 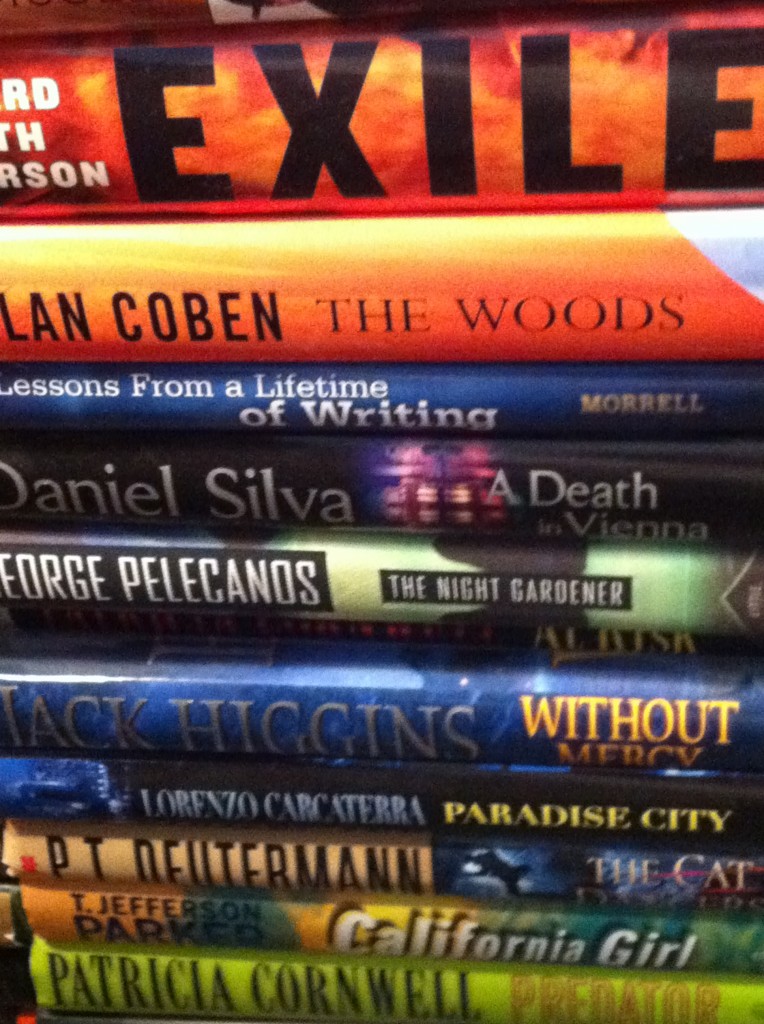 You may note that Shelfari is on hold for the moment. Need to get a little deeper there and will report back next week. In the meantime, let me know if you have any experience with it … or with Goodreads or Collectorz or other bookshelf software.

Nothing’s changed here … except Worth Dying For is off the shelf. If you love Dave Robicheaux and Clete Purcell like I do, you’ll find those gems listed in FRiction FRiday: Imagine having a 007 license! Cody McFadyen, Christopher Reich and David Baldacci are also Still on the Shelf.