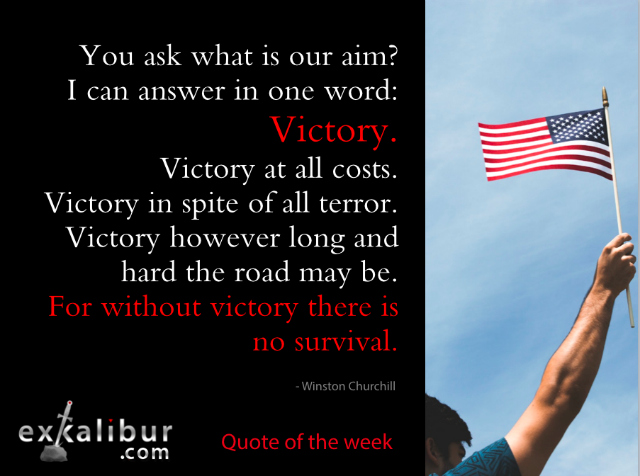 74 years ago, Pearl Harbor was attacked, precipitating the U.S. entry into World War II. On this day we honor and remember the extraordinary sacrifices made on a day that “will forever live in infamy”, and changed the course of world history.

More than 2,500 U.S. lives were lost that day, a number which grew to 416,800 U.S. military deaths during the course of the war. World-wide deaths during WWII exceeded 15 million lost in battle and more than 45 million civilian deaths.

These are staggering numbers that few people today fully grasp. This level of sacrifice and suffering is unfathomable, yet it remains a grim reminder of the enormous loss of life that occurs during armed conflict and the sacrifices that are made every day in the pursuit of freedom.

Today, as we mourn the 14 people who lost their lives in the most recent terrorism incident in San Bernardino, California, this quote from Winston Churchill came to mind. It reminds us of the resolve and commitment required in the aftermath of the attack on Pearl Harbor.

Now, 74 years later, we must reclaim that same determination as we face an enemy without conscience and the continuing scourge of terrorism that threatens civilized people across the globe.

Why not join the conversation and share your thoughts and comments? You can add your message easily by clicking the link to Facebook Page or @Exkalibur on Twitter. I visit them every day and look forward to discussing these ideas and concepts with you.

We remember 9/11 with pain – its aftermath with pride

The Two Principles You Need to Live a Life of Harmony

Be Grateful for All of Your Blessings
Is it worth fighting for? How Committed Are You? Like Rocky? Rambo?
Creativity & Innovation | They’re alive and well and living at USF