Mystery-Thriller-Suspense Fiction | Would the real Sean Dillon please stand up? 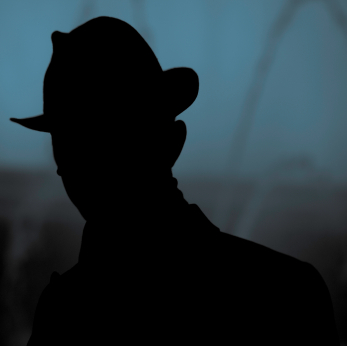 Wow, is it FRiction FRiday already? They sure seem to come up fast … even though some weeks are pretty long … so let’s kick up a few more rocks and talk some fiction about our favorite mystery-thriller-suspense novels. [All names in Bold Italic … BLACK for authors, titles in GREEN, characters in ORANGE … except URL references in RED.]

I’m glad you’re here, but don’t worry if it seems like you landed on the wrong planet. Sword Tips is still about Building a Business and improving your leadership performance and productivity … but we also take a little time every FRiction FRiday to have a little fun and prepare for the weekend by uncovering a few more of our favorite Mystery-Thriller-Suspense novels.

By the way, don’t forget to sign up to make sure you get all of these and other updates sent directly to your inbox every week. Make sure you add your comments and questions, too, so we can share what we know and what we’d like to know. Remember, we don’t have to agree … I fully respect your right to be dead wrong! Just kidding … kind of. ;>)

Sean Dillon is finally back in action

What does a Walther PPK and a glass of Bushmills have in common? Sean Dillon. You’ll recall that Dillon, former IRA enforcer and now protecting the Queen’s realm, is one of our Top Ten Characters. Jack Higgins introduced Dillon in Eye of the Storm in 1992, and The Judas Gate is #18 in the series.

Higgins has created a powerful, “take no prisoners” character in Dillon and when you think about it, 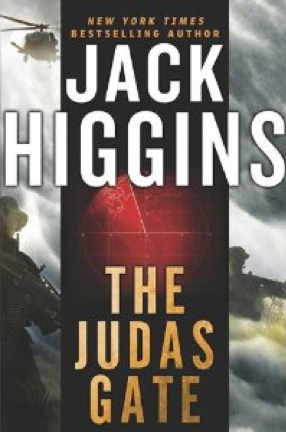 Dillon also serves as a very cool writing device for thriller fiction. In the last few books, Dillon’s presence has been more as a shadow than an active protagonist. While it probably does wonders for keeping the tension taught, it doesn’t do much for me when Sean is hanging out but hanging no one.

If you’ve read this series, you’d know by now that when Sean Dillon is around, people get hurt. He doesn’t brook a lot of conversation or excuses so just having him lurking about creates an aura of mischief in every scene. That’s one of the things I like about Dillon but in the last few books, it’s been too much lurking, not enough action.

In The Judas Gate, the old Dillon is back, and as usual, always a few steps ahead of the bad guys … ready to serve justice first, verify later. This time, Daniel Holley is on his side, following his appearance in Wolf at the Door when he was trying to take out Col. Ferguson’s entire team, Dillon included. Another one of those, “the enemy of my enemy is my friend”.

But the devilish Dillon is on the hunt for Shamrock, a shadowy character stirring up passions in the Middle East  … and with Daniel Holley and his friends Billy and Harry Salter, waterfront gangsters extraordinaire, trouble is always brewing. It’s the best read from Higgins in some time, and a quick but fun jaunt in some strange places. It’s about time.

I decided to tackle Tom Clancy’s first book in 10 years, Dead or Alive, about Jack Ryan and his elite special forces unit, Rainbow Six. Ryan is now a retired U.S. President and while I’m only 20% deep, it’s nice to see some of the old team … Dingo, Clark, Jack Jr. and others from Rainbow 6 … back on the scene. I wish there was a little more deep background to refresh my memory about the characters, but so far, so good.

Just so you know, I’m trying out an Amazon widget … and maybe some others down the road … to see how it works. I’ve updated it this week to include Ken Follett’s novels along with The Judas Gate and Dead or Alive mentioned above, and a few of the recent favorites that I’ve mentioned on FRiction FRiday. I’ll keep experimenting with it for awhile. If you scroll down to the bottom of the right-hand sidebar, you’ll see it. If you buy a book from that carousel, I’ll get credit for it. Maybe it will help me buy the next book to tell you about?

Let me know what you think. Do you care? Does it bug you? Is it helpful at all?