Leadership Lessons | Are Incentives the Cornerstone of Life? 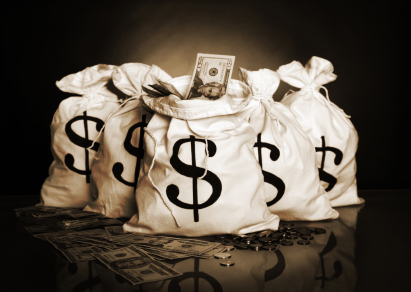 You probably know someone, don’t you, who is a star performer who believes that her achievements go unrewarded?

If so, you probably also know an underachiever who gets more than he deserves.I

s there any greater disincentive to the high performer than knowing that under-performance seems to be equally rewarded?

Should there be a moratorium on bonuses?

I’ve talked about the value of incentives before, but it keeps coming to mind as I talk to senior executives who don’t seem to have spent any time at all considering whether their incentive plans are working as intended … or whether they need to be revised.

In some ways, it reminds me of the comment that Bloomberg attributed to Barney Frank, chairman of the House Financial Services Committee, during the $20 billion bonus scandals during the 2008-2009 financial meltdown.

“There should be a moratorium on bonuses. If nobody gave them, there wouldn’t be a competitive aspect.”

Is your bonus program tied to performance?

[pullquote]Every Tuesday, we’ll share valuable and practical leadership tips and tools to help you become a better leader so. You might start by building on the communication matrix and making sure you’re defending the castle to get done what only you can do. Make some time so you’re thinking past today.[/pullquote]

Leave it to a feckless Washington pol to conclude that the competitive spirit that fuels American enterprise should be eliminated. Sure, there were … and are … egregious excesses in executive compensation that are captured in headlines every day and are totally disconnected to performance.

Without question, corporate governance standards are abused by boards of directors who’ve approved these packages.

Get rid of the Humongous Bonus Fantasy

But, once we dispel the fantasy in which every executive has a beach house in Carmel with a yacht in a nearby marina, we realize that our revulsion at excessive compensation packages is not really their size (except maybe for a twinkle of covetousness).

Our distaste comes when we learn that top executive pay has nothing to do with individual or company performance … or the best interests of the shareholders.

If you haven’t looked at your incentive plans recently, it’s time. Most executives don’t know whether they’re working as expected … just that they’re functioning.

The lesson for us is that creating incentives to drive superior performance should be the crucible of executive compensation. Unfortunately, save for a few activists, shareholders exercise this responsibility like nudists use a bathing suit. Most don’t. Shareholders and employees stand to gain significantly from properly applied incentives throughout the organization, not just at the top.

Are incentives aligned with the goals of the organization?

As you examine your existing incentive plans … or contemplate new ones, make sure that they’re aligned with a clear Strategery that has been defined using S.M.A.R.T. objectives that can be equally applied to executive performance.

Get it in writing and see a real difference

Once your strategy is clear and your S.M.A.R.T. goals are sent, make sure you translate those same S.M.A.R.T. characteristics to individual goals and objectives for top executives.

A goal and performance management system, distributed throughout the organization … easily done these days using web technology … is the linchpin of a successful incentive program … and that, my friends, is the cornerstone of superior performance.

Have you examined your incentive plans?

Question: When was the last time you took at a close look at your incentive plans … all of them that may be scattered across your organization?

Are they really working the way you intended? Is there any reason you can’t change them so they will?