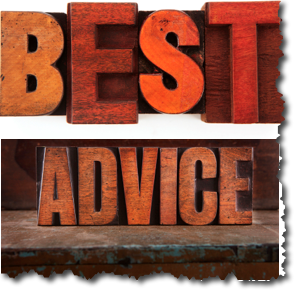 This phrase is powerful in so many ways.

Smart people can often be prima donnas – I’ve heard those accusations myself … the first part, of course, not the second (and typically disguised in less elegant terms) … but the brilliance of some people is often more blinding than enlightening.

Fortune magazine recently asked Dr. Mehmet Oz about the best leadership advice he had ever received.

As a Chief Resident associated with Columbia University, Dr. Oz’ mentor told him that the hardest part of being a leader was “keeping smart people from killing each other.” He told him that he tried hard to find something in which each of his leaders could excel, so each could be the best at “something” … a much better strategy than having everyone trying to do the same thing “because it breeds discontent.”

You’ve probably seen many occasions when the “bright folks” are competing for attention … interrupting, talking louder, bored when others speak, listening to it all but hearing nothing … the symptoms aren’t all that subtle.

[Author Note: Fortune is one of the worst sources for sharing information – and I have petitioned them time and again to make it easy to share their content, which one might think would encourage subscribers … but, alas, NOT. Even if you register online at CNN/Money, no links are available.]

This is another edition of “The Best Advice I Ever Got”. You’ll find these “gemlets”, drawn from many sources including my own, published here from time to time.

Some turn out to be a**holes, too.

That’s why I also like Robert Sutton’s recent post that included a simple diagram that his students created to illustrate the right course of action to take when encountered by such folks.

This decision tree can be used in many ways to sort out more than just the a**holes that have burrowed into your organization.

“Lone Wolf”, “Pain in the A**” and “BallBuster” are also legitimate substitutes.

I have referred to mollycoddling in leader/employee relationships in the past, and really need to devote an entire article to it.

It is often at the heart of a leader/employee relationship that is not working … and not uncommon when a Certified Jerk is still hanging around.

Often, it continues ad nauseum because the leader won’t face the difficult decision to make the obvious and necessary change.

The leader tap dances around the cultural damage his mollycoddling brings, or the message it sends to even the most casual observers who’ve seen this misfit relationship fester over the years.

Invariably, the leader is unclear about what’s really important in his organization, and fails to recognize that he may be the last one to realize it.

He compromises the value and culture of the organization by not being accountable for the dysfunction of the Certified Jerk relationship.

Instead, the leader is paralyzed by questions … “who’s going to replace them?” … “they do a lot of things very well” … “are we sure we can get along without them?” … all while the organization is suffering from the tribulations of the Certified Jerk.

In some ways, mollycoddling is the worst possible situation.

You have an employee that is dragging down the entire ship, poisoning the well along the way … and a culture that is eviscerated because everyone else sees it, too, and wonders about the capability of the leader who can’t make a decision that everyone else sees as long overdue.

It’s a recipe, leavened with a chicken stock of genuine cowardice, that’s created by ignoring, avoiding and overlooking a dysfunctional relationship that should have been terminated a long time ago.

Follow the simple diagram and stick to your guns. The temporal pain will be far exceeded by the cultural gain and the unshackled enthusiasm of everyone else in your organization.