Have you ever been so broke you had to sell your dog at the 7-Eleven?

This may seem like a very strange blog post for a site dedicated to leadership. But not really.

Not if you’re committed to managing your life, controlling your day and fighting for what you believe. 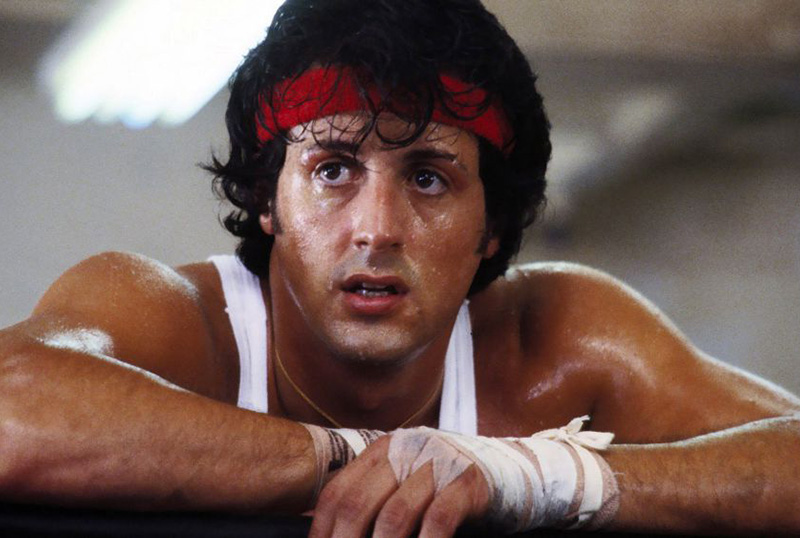 Recently, I saw a profile of Sylvester Stallone and, serendipitously, stumbled across several articles and interviews about him at the same time. One of the stories was featured on CBS Sunday Morning which featured him and spotlighted his movie, Creed.

In the process, I learned that Stallone broke through with his own writing and NOT with his acting. After some of his early acting failures, he began writing, relentlessly.

He says 29 of them were crappy.

The 30th script was for Rocky, a $500 Million blockbuster movie … but as interest began to build in his script, he saw this as a unique opportunity to kickstart his career.

How did he do it?

Stallone lived in Philadelphia, Rocky’s hometown, and since so much of the script was part of his own life story, he was determined to play the lead role.

In a very humble interview, Stallone explains why he was an absolutely terrible and unlikely choice for the role.

Nonetheless, he believed this was his best chance to do something he wanted.

Life’s not about how hard of a hit you can give… it’s about how many you can take, and still keep moving forward. That’s how winning is done.

Stupid is something Stallone is not

Many people have remarked over the years that Stallone looks kinda funny when he speaks.

But, until recently, I did not know Stallone was born with a facial muscle defect that occurred during delivery. Apparently, the doctor presiding at his birth grabbed baby Stallone’s cheek in the wrong way, which led to his crooked smile and speaking manner. He’s been ridiculed about it his entire life, including by his own father.

Millions more of us also believed it marked him as a bit of a stooge, not too smart … and yet we have all misjudged him by a wide margin.

His accomplishments are pretty remarkable

If you visit his website, you will see a long list of his accomplishments as an actor, director, writer and producer.

He’s appeared in over 60 movies, many of which are American favorites. They’ve grossed over $4 Billion adjusted for inflation since Rocky’s debut in 1977.

Stallone has also directed 8 movies, produced 9 more and has been the writer for 24 movies.

It was his writing that lead to the scripts featuring two of the most iconic characters in American movies, Rocky Balboa and Rambo.

He wrote all of them.

In an interview in the Intelligent Collector magazine, Stallone offered an interesting perspective on much of what he has done. (Stallone offered his personal belongings and movie memorabilia to the world in a 2015 auction, which included more than 1,400 props, costumes and personal items consigned directly by the Stallone.)

During the interview, he responded to this question about his growing interest in racing, What was the spark that got you there:

There are two things that I believe man inherently does. One is everything in one way or another is a fight, be it cerebral or physical.

So time and fighting are two things that just seem part — an indelible part, an inextricable part — of the human psyche on every level.

Time and Fighting are a large part of our lives

He’s right on point with that, isn’t he?

We’re always in a fight of some kind … to get more done, to make the right decisions, to break bad habits, to ingrain good ones … a struggle that cuts across all areas of our life.

And, we always seem to be racing against time … to get more done, don’t be late, meet this deadline ….

So it goes with leaders.

We have to fight for our beliefs, as Stallone did to get his 30th movie script on the screen while demanding the starring role of Rocky.

What lessons can we learn from Stallone?

Here’s just a few that occurred to me as I reflected on his achievements.

What does all this mean?

Say what you want about Rocky and Rambo. You may have never seen any of the movies, and may not have a favorable opinion about the characters or the movies.

But, you can’t take this away from those iconic characters.

They’re fighters … and they share this trait in spades with Winston Churchill:

You can’t either. Can you hear the Rocky theme song in your head?

Question: What is the biggest obstacle you’ve faced fighting for something you strongly believe in? You can join the conversation and share your thoughts and comments below.