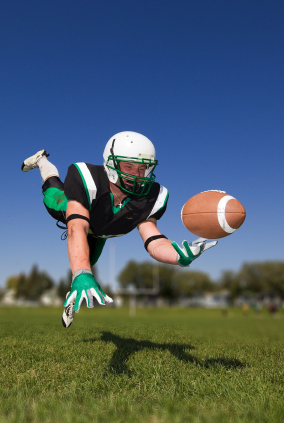 Last time, we discussed how to create a responsible culture where each individual accepts accountability for their actions and decisions.

In our discussion of this subject, we’ve ranged from the baseline of personal accountability to a broader organizational culture, to the battle-tested power of after action reviews.

So, if the power of an accountable organization is so obvious, why aren’t we all doing it?

Victimization has a stranglehold on American business

In “The Oz Principle,” a book by Craig Hickman (recently reissued in a revised and updated edition 10 years after its original publication), the overgrown roots of a victimization mentality is chronicled as one of the most corrosive forces in American business.

The man who complains about the way the ball bounces is likely to be the one who dropped it.~ Lou Holtz

Mr. Hickman pulls no punches in deriding the plight of victimization that he believes has a stranglehold on American industry.

How many of these lines have you heard during your business career?

Victimization is a corrosive force in American business

It’s fodder for a Saturday Night Live skit, isn’t it?

The Blame Game is killing us

And yet these excuses are so inculcated into the fabric of business organizations that the “who-done-it” definition of accountability often reigns supreme.

Careful observers will note that the “who-done-it” syndrome is but a bumbling stepchild of the “blame game,” a playbook that is most often seen when something goes wrong, usually at the expense of overlooking a solution.

In many ways, organizations have become more focused on explaining their results than actually achieving them.

Instead of focusing on accountability as a tool to get things done with better results, we’ve asked people to account for what they’ve already done. As a result, we’ve fostered an “after-the-fact” mentality instead of a “before-it’s-too-late” application of accountability.

One of the subtle themes embedded in the “I’m a victim” mentality is that circumstances prevent people from realizing their dreams.

The infamous f-word – it’s not “fair” – empowers frustrated employees to expect a certain standard of equity and creates a real barrier to achieving demonstrable results.

The Winter Olympic Games illustrated the peaks and valleys of the blame game. Some unsuccessful athletes blamed the weather, the start times, the course and the judges.

Others, like Apolo Anton Ohno, were clear in accepting the volatility and unpredictability of short track, embracing the good and the bad that naturally beset that sport. While uncontrollable forces are legitimate distractions, blaming them for our lack of success deflects our focus from the commitment and perseverance required for success.

Don’t find yourself in one of these categories

“The Oz Principle” encourages taking responsibility for our own actions … and accountability for the actions of the teams on which we serve.

Below the accountability line are the many excuses we hear every day from victims who do not own up to their responsibilities, which Mr. Hickman organizes into six familiar categories:

All of us will find ourselves below the accountability line from time to time, but when we recognize that we’re falling below it, we must take ownership of our actions.

Mr. Hickman’s approach to get out and stay out of the blame game are summarized by See it – Own It – Do It – Solve It.

It’s inevitable that we’ll return to these themes periodically since they represent the most vexing challenge faced by business leaders today.

How do we eradicate the victim mentality in our organizations and install a responsible culture that will not only help us avoid dropping the ball – but ensure that when it falls, everyone will be diving to catch it.

Accountability | What Does It Really Mean?

Leadership | How many distractions are YOU creating?

If Mom & Dad Were Watching … Would You Be Proud of the Culture You’re Creating?

Rip Off that Mask. Let’s See Who’s Really Responsible for All of This?
Accountability | What Does It Really Mean?
Vol. 62: Strategic Finance Fundamentals: It’s time!