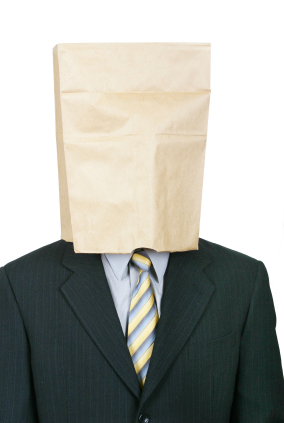 Many years ago when we lived in the Midwest, we became very good friends with a young couple down the street.

He was a fellow fraternity brother, from another college, but I remember him as a very capable physician with a unique ability to describe complex medical subjects in layman’s language.

After Action Reviews are for Learning NOT Blame

One day, he asked me if I’d like to go to work with him on Saturday. He’d show me around, we’d have lunch, hang out. He couldn’t leave for lunch, but he would bring along some homemade sandwiches, bologna with lots of ketchup, he said, and I could sit in his pathology lab as he performed an autopsy … and while he was cutting and sawing, we would enjoy our lunch together.

It was when he started laughing that I realized why my vision of an overloaded bologna sandwich, dripping with ketchup alongside an autopsy table, was kicking up a firestorm in my gut. I think that’s how many business executives view an After Action Review (AAR) — a gruesome business designed to relive the pain of failed projects.

The AAR is, contrarily, an undernourished sibling of accountability that is a highly effective tool to help us learn from our past performance and create a state of continuous improvement.

The U.S. Army is one organization that’s committed to After Action Reports, which may be described as seizing the opportunity to learn. From a modest introduction in the mid-1970s, the AAR and has become a vital part of military culture.

In many ways, it resembles the Chalk Talks that many of us have experienced in sports, an opportunity to diagnose what happened and learn from it to improve future performance.

During the NFL season, professional football teams generate real-time images from elevated cameras and send them to printers behind the player’s bench to allow quarterbacks and others to immediately diagnose formations and play results so they can make adjustments on the very next set of downs.

How do you implement an After Action Review process?

The AAR is another way to reinforce accountability across the organization, and can be easily implemented:

1. What was your intention?

This is not as easy as it seems, as different individuals will have varying recollections or experiences based on their vantage point.

For widely distributed organizations, it’s exponentially more difficult to synthesize variant viewpoints and consolidate the intelligence scattered throughout the organization. Input from every level of the organization, coupled with objective and measured results, is essential to an accurate finding of what happened. Facilitation skills are essential here.

Army doctrine suggests spending 25 percent of the AAR time on these first two questions. While it’s tempting to jump to the diagnosis, the military has learned that clarity about the intentions as well as the expected results is fundamental to an informed and dispositive discussion of how it can be improved.

This diagnostic stage begins the unvarnished evaluation of why the results differed from plan expectations. If you’re not willing to be honest and forthcoming as a leader, this phase will quickly unravel. To encourage the best diagnosis, it is vital to promote a no-penalty environment in which people at all levels will honestly report their findings and observations.

4. How would we do it differently next time?

This final step is really inseparable from the diagnosis and gets 50 percent of the AAR time in the Army protocol. In this phase, focus on the things you can control and don’t be distracted by uncontrollable forces.

Be sure to also identify what worked well, and what efforts and activities should be sustained. While it’s more difficult to tease apart those steps that worked well, it’s equally important to sustain those activities that lead to success.

Feedback is the Breakfast of Champions!

Prompt feedback, often immediately after the action itself, e.g., the NFL football example, is also critical to the success of an AAR process.

The quicker you gather feedback, the quicker improvements can be implemented, so regular and frequent sessions are essential. Use these sessions as a learning tool to encourage candid feedback, greater accountability and continuous improvement.

The AAR is a powerful and compelling tool, inexpensive to implement and simple to apply with not much more than keen observation and a systematic process. Successful organizations embed this into their culture to gain agility and improve performance. You should start today. KBO.

Do you want to Be Legendary? Here’s some inspiration to get you started.

Monday Quote of the Week: Are You Looking For The Little Things?