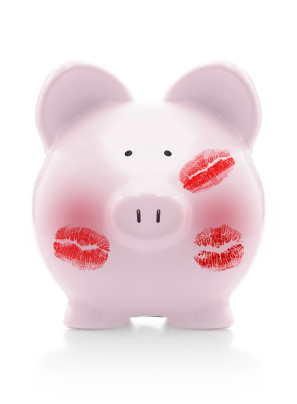 NOW is the time for tough decisions?

“Now is the time for tough decisions,” said Michigan’s governor, Rick Snyder, on the occasion of Detroit’s bankruptcy filing.

Did he say “NOW is the time for tough decisions”?

Maybe for the weak-kneed, lily-livered city fathers who’ve been putting lipstick on this pig for years, but “NOW” was a very long time ago for Detroit. (This isn’t elistist babble, either. I was born in Detroit and raised in the great State of Michigan.)

Let’s come at this from a different perspective

But, it isn’t our place to examine the state of the American city and the financial woes that are afflicting all of our governmental entities.

It is our business, however, to examine the leadership and decision-making process that brought Detroit to this fateful day.

How many times have you … and me, too … deferred a difficult decision because we desperately held on to an easer choice even though we knew we were only delaying the inevitable?

This is the Achilles’ heel of almost every business leader I know.

I’ve written about this dilemma on many occasions … and from many perspectives. Why don’t leaders deal with issues as they “show up” rather than when they “blow up. Why do we hesitate to make the tough calls and do the right thing?

Isn’t that why we’re earning the big bucks?

5 Warning Signs that Tough Decisions Aren’t Being Made

I’ve also described the 5 warning signs that tough decisions aren’t being made.

In this case, the leaders involved in the Detroit debacle hit the quinfecta! 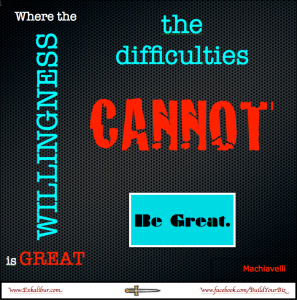 Unwilling. Some people are naturally conflict-avoiders, always seeking compromise so conflicts will go away. They repeatedly offer alternatives to avoid the inevitable, even if in their heart, they know the ultimate answer.

Uncertain. In this case, there is a long list of pros and cons, with neither answer perfectly satisfactory. The decision is simply the lesser of two evils but it’s not easy to tell. The solution? Invoke the ready, aim, fire maxim.

Unclear. This is a kissing cousin of uncertain. Maybe it’s a distinction without a difference, but uncertainty usually represents a lack of conviction, a vagueness that is often the result of inexperience. Being unclear results when there are multiple options with layers of complexity that aren’t easily understood.

Unkown. This warning sign often appears when a decision is expected to ignite a longer chain of difficult decisions where each outcome is unknown. It brings progress to a halt because no one wants to encounter the unknown. It’s easier to just do nothing.

Uninvolved. This occurs when we don’t take ownership of a problem. We know the “buck stops here,” but we tell ourselves it isn’t our decision to make. Like the “unwilling” leader, we hope that if we wait long enough, the matter will go away. Our defense? We’re letting others “do their jobs.” So if we don’t intervene, we don’t have to decide.

Please share your comments and thoughts below to help all of us become more effective leaders: What lessons have you learned that help you make the tough decisions?

This problem afflicts almost every leader

That this is a Top 3 leadership affliction has been validated for me far more often than I’d like to recount.

How do I know?

Because, when those very same leaders finally make the long-delayed decision … the one they knew was the right one long before … their first reaction isn’t pride over their decision. They don’t brag that they’ve made a tough decision.

Their first reaction is always … RELIEF.

The leader knew this was the right decision all along. He’d been agonizing over it way too long, knowing for dead certain he’d end up here … he just hoped he wouldn’t.

He knew this problem had been lingering … that he had been dragging his feet … putting lipstick on a pig … kicking the can down the road … choose your figure of speech … and he was just glad the tedious, agonizing process was finally over.

Everyone else in the organization felt the same sense of relief, too, because they had known for a long time that the decision was overdue.

Oh, and BTW, those leaders almost always say something like, “It feels so good to get this behind us. I wish we would have done it a lot sooner.”

Thus, the Bankruptcy of Detroit

Ergo, the bankruptcy of Detroit.

Its economic decline has been chronicled for decades and should have been more firmly addressed many moons ago.

It would have required more drastic action … much earlier … but no one was willing to make the tough call. (If you search the Internet for Detroit bankruptcy, your browser will overflow with hundreds of articles describing Detroit’s decline over the last several decades.)

Death by a Thousand Cuts

Instead, they let Detroit die the death of a thousand cuts.

You know that’s happening when day after month after years, the bandaids don’t stop the bleeding. In Detroit’s case, the patient was on life support and the only remaining options were major surgery and some regrettable amputations.

If you listen closely, I’m pretty sure you’ll hear this in the corridors of power in the great state of Michigan …

“It feels so good to get this behind us. Too bad we didn’t take care of it a lot sooner.”

Question: What lessons have you learned that help you make the tough decisions?

Are you a Successful Leader? Are you a Lifelong Learner? Pick Two!

Steve Jobs Got It Right: Get Rid of All the Crappy Stuff

How important is Courage?