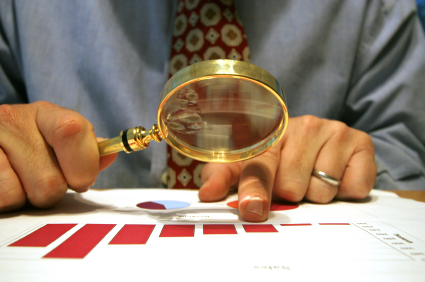 Impressing your bank less important than being able to hit targets

The Scavenger’s Daughter? Might be the name of a lost Dickens novel … or an indulgent misnomer for a  the infamous rack that not only stretched but crushed its victims during the reign of King Henry VIII.
Thumbscrews, pilliwinks, breaks and the tormento de toca were other methods used to punish those that broke their “covenant” with the King.
Fortunately, those punishments are relegated to history’s ash heap … at least I’m pretty sure that banks aren’t using any of these default provisions.

Compliance with financial covenants, however, has never been more important. Today, banks have an arsenal of covenant choices that are used as an early warning system to alert participants to potential problems that may jeopardize their financial well-being.
It’s important to recall that covenants are based upon the forecast you have furnished to the bank. So, while your forecast describes your best judgment about the realistically achievable scenario you expect, it also sets the boundaries for the bank’s expectations.

How Should I Prepare My Forecast?

Many companies struggle with how to prepare their forecast. Should it be conservative, and if so, what happens if the performance and profitability is not very attractive to the bank? Or, should it be sufficiently aggressive so that the bank is sure to be interested?
Trying to find that middle ground is a slippery slope, which is why I suggest skipping the fortuneteller part and preparing a forecast that is realistically achievable.
That the bank ties the covenants to the forecast means that you will be held accountable if your results miss the mark.
Do You Know the Scavenger’s Daughter?A well-conceived, realistic forecast is critical to this process because it can backfire if your optimistic forecast is well off the mark.

Let’s discuss a few of the most common ratios.

There are other covenants related to balance sheet strength and stability. A common measure is tangible net worth to debt, which the bank uses as measure of financial stability and of the company’s ability to satisfy all of its debt at any point in time. Since it is often catastrophic when a company is liquidated and its asset values become inadequate to cover the debt, this balance sheet ratio highlights those kinds of issues before it’s too late.

Another related category includes coverage ratios, which describe the level of potential cash flow available to service debt. If your EBITDA (earnings before interest, taxes, depreciation and amortization, as a placeholder for cash flow) is barely equal to the amount of your annual debt service (including principal and interest), even a minor blip in earnings might leave you unable to service your debt.
This ratio usually has a cushion built in to ensure that with a modest decrease in earnings, there will still be sufficient cash flow to service the debt. You should be sure to monitor this ratio regularly as an early warning sign of faltering cash flow.

In addition to the negotiated bank covenants, you should also maintain a schedule of other established ratios and metrics to identify key indicators of financial strength, liquidity and debt payment capability.
Make sure you understand the intricacies of each covenant that’s proposed.
Track them every month, and be sure to talk to your bank when you anticipate you might miss them at anytime in the future.