What Does It Take to be a Great Leader?

Nothing in life travels in a neat formation accompanied by bugles and cavalry. A lot of it shows up filthy and unkempt, prominent in the mess we’ve made around our foxhole. These lessons are typically the offspring of hubris, naivete and ignorance … or from overlooking the land mines hidden beneath our feet.
We’re also sharing valuable and practical leadership tips and tools to help you BE a better leader so you can BECOME a better leader. Remember … you won’t BECOME a better leader until you start BEING a better leader  … implementing NOW the changes necessary to adopt the proven strategies of successful leaders. You might start by building on the communication matrix and making sure you’re defending the castle to get done what only you can do. Make some time so you’re thinking past today.

Get in the game. Enjoy the Ride. 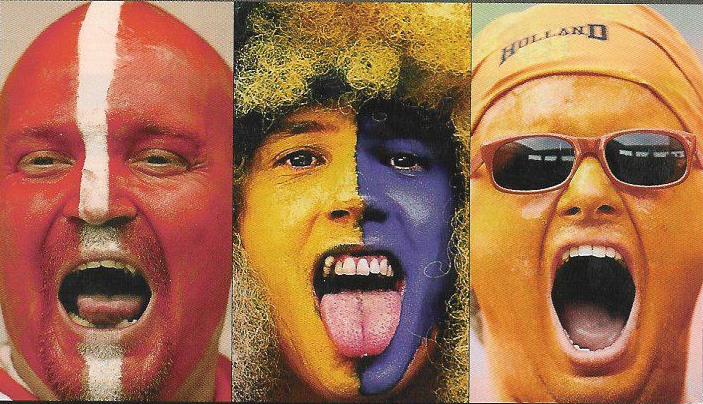 The week just ended is my favorite sports week of the year. Some of you will say, “Nah, you got your calendar mixed up. Baseball season opened the previous week.” Of course, I could say, “but the home opener for the Giants was that week” and then you’d say, “OK, so you’re a big Giants fan. I get it.”

A few of you may suspect that’s not the reason. Not that I don’t love the World Champion San Francisco Giants and all … but honestly? That didn’t even occur to me as I braced for the greatest sports week of the year.

There are a lot of reasons why I love this past week. For one thing, the contrasts are extraordinary. Unbridled enthusiasm, competitive zeal, office pools, no million dollar salaries … (except, er, the coaches) … there’s every kind of reason to love the adrenaline rush you get from amateur sports, even more so when college students excel at organized mayhem. See Stanford band, Cameron Crazies, et. al.
Contrast that with the subdued demeanor of a professional class of athletes as they excel in a stadium blessed with gorgeous weather, the bucolic lushness of azaleas and dogwood and a canopy of crystal blue sky.

Yes, I’m talking about Final Four basketball … amateur collegians playing indoors on a smooth, shiny maple surface … and The Masters … cool professionals playing outdoors in God’s luscious amphitheater. Tearing down the nets, donning the green jacket … what a powerful contrast in so many ways.
Some of you will say that the college basketball players might as well be professional. They’re coddled, spoiled, fawned upon and are likely the teacher’s pet with special classroom privileges. Maybe in a few exceptional basketball power schools … but Butler, VCU, Marquette, Richmond? … some of the unheralded schools that made the Sweet Sixteen? … not so much.

The kids are playing their hearts out

For the most part, the Final Four is comprised of 18 to 20-year-old collegians, playing a sport that kids of all ages and genders enjoy on concrete and hardwood across the land. For my money, no other sport transcends the infectious exuberance displayed by players and fans alike during March Madness.
This year in particular, not a single #1 or #2 seed made it to the Final Four … the first time that’s ever happened. Everybody in the Big Dance had a turn on center stage with a crazy, unpredictable outcome that, once again, ended Butler’s Cinderella as the Connecticut Huskies won their third national championship.

The men are sweating rose petals

Then there are the PGA tour professionals, who some would say are the poster boys of mollycoddling. Private jets, donated cars, deluxe accommodations, the works for most of them. No sweaty gyms and locker rooms, no rides on the beat-up school bus, no uniforms to wash.
I love both events for just what they are … and in many ways; the vivid contrasts are a microcosm of the life cycle we experience in building a business.

What about this Great Game of Business?

Some days, we’re just having a blast. We’re gung-ho on our next project, things are falling into place … and other days, it seems that refrigerators are falling out of the sky looking for our head as a landing zone.
So, what it this great game of business we’re playing? Our entrepreneurial spirit kicks it off with a bang, excitement running rampant … fresh ideas, new angles and rich rewards just a few thousand hours of intensity away. Then, over time, our youthful exuberance morphs into a more focused strategy, a recognition that energy and enthusiasm alone are not enough, and that a cohesive plan is essential to lasting achievement.

The Final Four and Masters also remind us that anybody in the game can take home the trophy. We remember the magical March Madness upsets … two people out of 6 million joining the ESPN Tourney challenge this year picked VCU to play Butler in the Final Four … or Jack Nicklaus winning his 6th green jacket with a legendary come-from-behind victory. Getting in the game gives us a chance to win. As avid fans, we might get courtside tickets, or plum seats at the 18th hole, but if we’re not in the game, we’re not winning.

But make sure you’re also enjoying the game

So, as the Madness of March transforms into the hushed calm hovering over Augusta National Golf Club, let’s take a moment to inhale that same energy and promise to tackle the tough tasks ahead. We’re in the game, we’re competing, and we’re trying to win for our team, our families, and our colleagues. There are opportunities galore and while failure is always an option, it’s one we reject every time when suit up for the next game.
Yes, we’re keeping score. We do care about the statistics. But most of all, building a business is about the journey not the destination.
Make sure you’re enjoying the game.

What Does This Mean to Us as Leaders: Leave No Man or Woman Behind?