The 8 Most Powerful Letters in Your Productivity Toolkit | Video 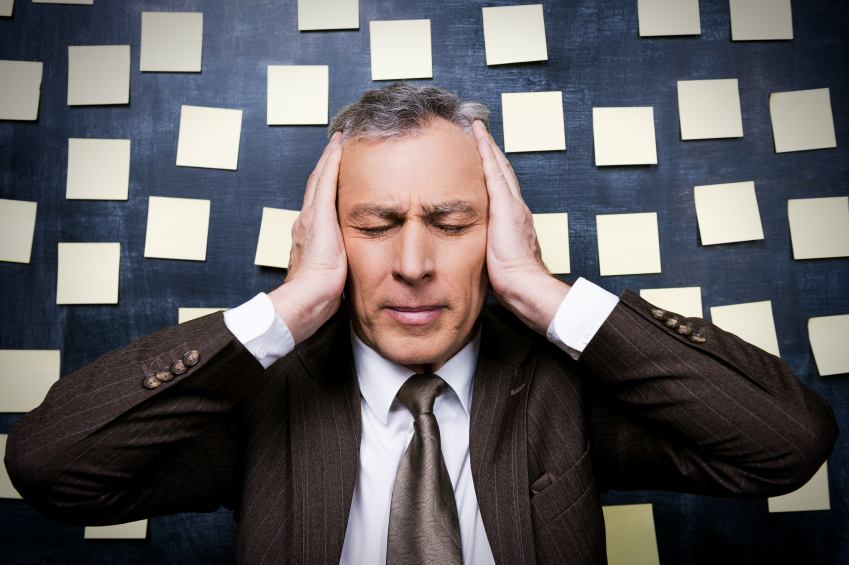 It seems so obvious I wonder why I’m writing about it … and yet, routine follow up is often ignored in the hustle for the next opportunity or when there just isn’t another finger to put in the dike.

This isn’t a new problem and it stretches across all of the aspects of our lives. Five years ago, the New York Times even lamented about the lapse in our social manners reflected by people’s failure to respond to RSVP invitations, much of which I’d chalk up to this follow up laxity.

It’s a process that is halfheartedly pursued by so many that it’s no wonder so few things get done on time – or at all.

We expect the other person to get it done

There are a number of reasons for this you may recognize in yourself.

A major one is the expectation that the person on whom you’re counting will faithfully execute their responsibility and that no follow up is required.

How’s that working for you? My guess? Not so much.

The reality is that most things we’re waiting for …

Yet, most executives don’t have even a simple “waiting for” list to track all of the expectations they have from others even though they are often critical to their success.

No, it’s not micromanaging. If you’re explaining your poor follow up with that excuse, you can kick that one to the curb.

Follow up is continually seeking progress on established initiatives.

If you’re watching timelines, the period during which a project or task is being done, rather than the deadlines by when they’re due, follow up might be seen as nothing more than shepherding a task or project to a successful conclusion.

There are some powerful benefits to a good follow up system.

First, it reinforces the expectation that a response is needed and increases the probability it will actually get done. That’s the idea, isn’t it?

It also reveals situations where resources are over-committed, giving both parties a chance to renegotiate the commitment so that it works for everyone.

Just being there … letting people know you really meant it when you asked for something to be done … or that it remains important even though it may have been temporarily overlooked … is remarkably powerful.

You mean the stuff I’m always “Waiting For”?

Aren’t there days when you feel like you spent all of your time chasing down things that should have been done without all of your effort … but aren’t?

Yes, it’s all the stuff you’re waiting for … but most people don’t have a reliable, structured method to track all of the tasks and assignments that require some form of follow up.

Some of you may recognize the term “waiting for”, popularized as part of the David Allen’s GTD methodology, Getting Things Done.

This simple term is the “kissing cousin” of FOLLOW UP. It’s an invaluable technique for tracking what you’re “waiting for” from others.

Keep track of everything you’re WAITING FOR

It’s your rigorous use of the WAITING FOR technique that gives you the information to regularly FOLLOW UP to make sure things are getting done.

Every day, something appears that I had completely forgotten about and every day, I offer a silent “thank you” that I had written it down. (The good news is that if you have a trusted productivity system, you don’t need to remember. Your trusted system will remind you.)

I try hard to make sure I’m tracking all of the tasks and projects that require something from someone else, no matter how trivial.

Video: A simple way to create your own WAITING FOR list

Sometimes as many as 50 “Waiting For” items pop up on any given day, telling me that I’m still “waiting for” something from someone to get something else done.

I’ve created a short video for you to illustrate this simple concept.

You can easily translate this process to any digital product you may use. If you’re still using pen and paper, it’s a little more difficult to keep up with a lot of tasks, but the principles remain the same.

The 8 Most Powerful Letters in Your Productivity Toolkit from Lary Kirchenbauer on Vimeo.

Establish your FOLLOW UP system using these simple steps

The video, above, walks you through a simple example.

Here are the steps you can easily implement:

The key to this simple system is Step #1. If you do that with vigor, you’ll have ALL of the tasks in your system, and you can easily change the CATEGORY and DATE and you’re good to go.

Simple? Yes, but as rare as a cravat and a boutonniere. With a dependable system, you’ll get more done more quickly and amaze everyone around you with your responsiveness and reliability.

I’ve said before that 90% of Leadership is just showing up. Woody has it a bit too low.

Likewise, it’s not much of a stretch to say that FOLLOW UP is 90% of getting things done.

Yes, it would be a wonderful if everyone did everything they promised exactly when they promised it, advised you accordingly, and no FOLLOW UP was needed.

That may occur in another dimension … but not the one we’re living in.

Yes, it is your fault if you’re not following up

Don’t cop out by saying,

“It’s not my fault, Sharon was supposed to get that to me but ….”

Track what you’re “WAITING FOR” and FOLLOW UP when you don’t get it.

FOLLOW UP represents the 8 Most Powerful Letters in the Productivity Toolkit.

You’ll be amazed at how much more you’ll get done and on time.

Question: Do you have a reliable FOLLOW UP system you use every day? Have you found any particular tools or techniques that really make it work for you? Be sure to visit our Facebook Page or @Exkalibur on Twitter to share your thoughts and comments.