B ut, when was the last time you examined whether those “good practices” still represent “best practices”? 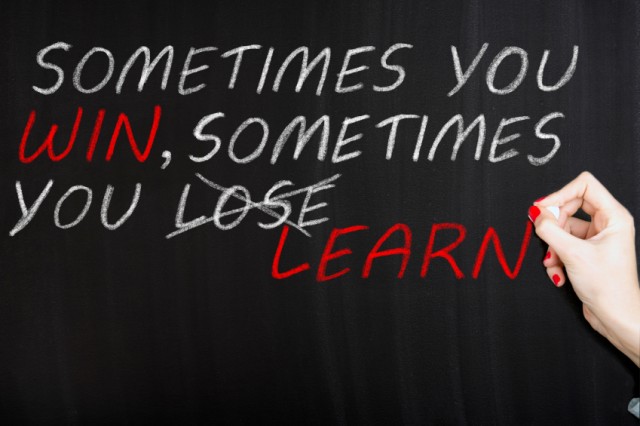 Do you punt on fourth down because you always do?

“Two roads diverged in a wood, and I … I took the one less traveled by, and that has made all the difference.” ~ Robert Frost

Several years ago when my father was in his final days, his bonhomie in full bloom, I sat in the room while the doctors administered a few basic tests to assess his cognition.

“What country do you live in,” they asked and Dad answered correctly.

“What city do you live in,” they asked. Dad answered “Grand Rapids,” correct again.

“What state do you live in,” they continued. Dad, ever alert, laughed and responded …

I think my father would agree that the “state of discombobulation” is still a pretty good word choice today.

So, how do we shake things up?

Maybe it’s also a good time for some fresh thinking … to banish the state of discombobulation … shake things up, tip them upside down, innovate.

In other words, take a few calculated risks to see if we can generate some new ideas.

I read recently about Kevin Kelly, a high school football coach in Arkansas, who has developed a few football rules that most of us would find ludicrous, to wit:

There’s more, but you get the gist.

Much of the basis of his game plan originated with a documentary he saw, supported by the work of David Romer, a Cal economist who published a study conducted covering three NFL seasons.

Mr. Romer’s academic interest emanated from his curiosity about how firms react to competition and whether they truly act to maximize their chances for profitability.

He thought football offered an empirical way to test strategic decision-making, since there are myriad details about the situations faced by teams when those decisions are made.

I downloaded his white paper in which he closely examined the fourth down decisions made in the NFL on whether to punt or go for a first down. You’ll find a more current and very detailed analysis, 4th Down Study, from Advanced Football Analytics by Brian Burke.

If soccer is your sport, visit Google and look up “penalty kicking in soccer”. You’ll find dozens of studies that conclude that current strategies are inconsistent with the results of those strategies … yet those failing strategies still prevail. Here, too, goalies are rewarded by standing in the middle of the goal awaiting the kick … anything else would look stupid … and yet, that strategy fails much more than it succeeds. ESPN’s Sports Science series illustrates this data.

Check out these metrics

What are some of the metrics that Kelly and Romer uncovered for each of the four enumerated situations?

“When you keep doing the same thing you’ve always done, stop to examine whether you’re still getting the results you want.” Click to Tweet

Are you always taking the easy road?

For most of us, it’s convenient to take the easy road and make the decisions we believe are expected of us rather than ones that are more unconventional and may be challenged.

In many ways, we’re like football coaches, acting conservatively because, like them, we might get fired for “going for it” and missing, but we’re rarely fired for punting on fourth down.

Maybe that’s the wrong approach in this competitive business environment.

Maybe it is time to go for it.

Question: What practices are you following that you suspect no longer represent best practices? Why not join the conversation and share your thoughts and comments? You can add your message easily by clicking the link to our Facebook Page or @Exkalibur on Twitter. I visit them every day and look forward to discussing these ideas and concepts with you.

Five Lessons for Success from the Alabama Crimson Tide

I need your help today. What is the Common Thread among these Events?
This applies to more than Anger. Probably Jealousy, Envy, Resentment … and More
Back Blast by Mark Greaney