Accountability | The 4 Roles Required for a Successful Project

From my earliest days, I often heard, “If you have two bosses, you have none,” a simple but compelling aphorism. T hat’s what you often find at the root of struggling or failed projects. No one is sure who is doing what. 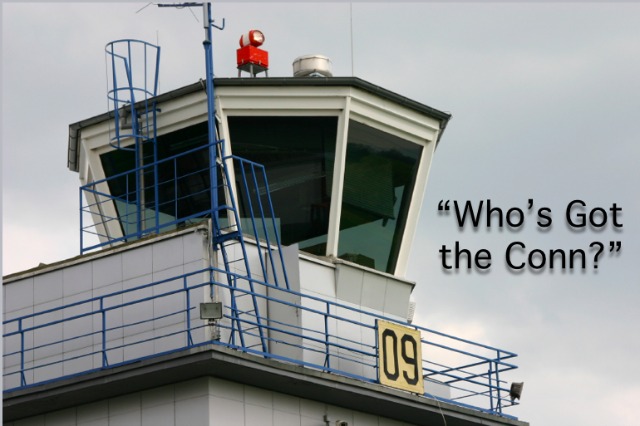 Last week, we dusted off the S.M.A.R.T acronym as a reminder that we need to create Specific, Measurable, Agreed Upon, Realistic and Trackable objectives if we want to create a business culture with accountability as its centerpiece.

Consider these 4 Roles Required for a Successful Project.

How do we get clear about who’s doing what?

Today, we’re going to dust off another “oldie but goodie” but one you may have never encountered.

I learned it from some old consulting hands and while it’s often used in a formal chart of “who’s supposed to be doing what,” it’s a valuable accountability tool to evaluate the roles and responsibilities of individuals involved in any kind of team effort or project.

What is an ARCI chart? 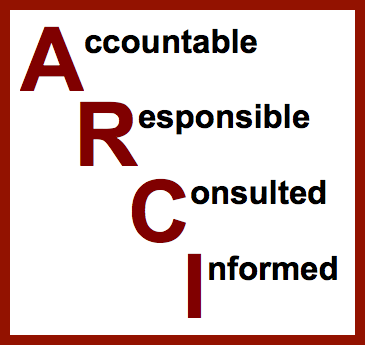 In short, it qualifies team members based on their expected level of contribution to a project.

Different parties play different roles to get things done, and this tool provides a simple, effective and consistent way to achieve project accountability by evaluating who’s doing what.

By spending just a little time to establish these roles, you will once again, SET CLEAR EXPECTATIONS

It will also help your team members understand their roles and what’s expected of them in a particular project.

Here are the 4 Accountability Roles.

One of the most important principles of ship handling is that there be no ambiguity as to who is controlling the movements of the ship. One person gives orders to the ship’s engine, rudder, lines, and ground tackle. This person is said to have the “conn“. ~James Alden Barber, 2005, ”Introduction”, The Naval Shiphandler’s Guide

“Who’s Got the Conn?” is a phrase you’ve probably heard, maybe in a movie or TV show where a ship’s officer either asks that question, or says, “I’ve got the Conn.”

Conn is short for conning tower, an elevated platform from which you can view all aspects of a ship’s movement.

In short, it’s where the buck stops so there is no ambiguity about who’s in charge … of the ship, the project, the task ….

This team member has ultimate accountability for accomplishing the objective.

On the premise that “if you have two bosses, you have none”, this approach ensures that there is a single individual ultimately accountable for the project or task. You’ll note this is the only category where there can be only one person with that designation.

Users of this construct will often use shorthand … “you have the A” … to signify that you’re accountable for getting something done.

Be sure, too, that Ms. Accountability also has the authority to drive the project to conclusion.

This one is a little trickier, since there can be more than one person who is responsible for the project’s success.

The “R” category includes all of those who are responsible to get the work done. 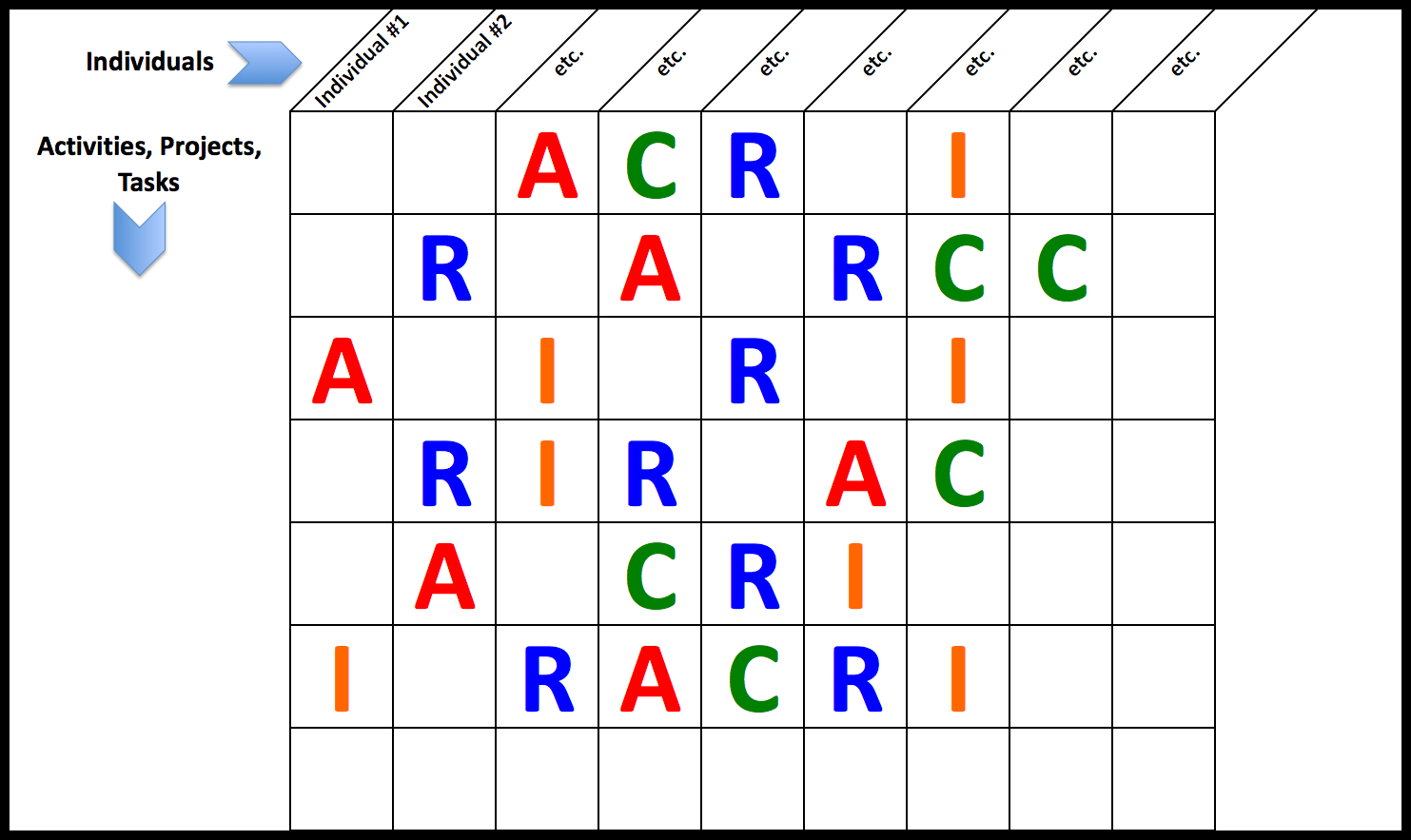 In the example on the right, you’ll see one way to define the roles and responsibilities within a team.

In an open book environment, you will create and share this simple chart with everyone on your team.

If you spend time to clearly identify the roles and responsibilities of each team member, the ARCI chart becomes the very able partner of the S.M.A.R.T. approach to accountability. Together, they provide a clean, crisp and powerful approach to project management.

BTW, you could also identify departments or other teams in the columns instead of specific individuals.

This category represents someone that needs to be consulted as the project goes forward.

It could be a thought leader in another department who has no direct involvement but who has a lot of knowledge to contribute to your project.

This is a person who needs to be kept “in the loop” about the progress of the project but doesn’t have direct involvement in it.

This could be a department head, even the CEO, who wants to be kept informed throughout the project’s life. You’ll note that they are informed AFTER the fact, often after milestones are achieved along the timeline.

They have no other role.

Break up your day with a few laughs

Did you ever see the Abbott & Costello skit, Who’s on First? What’s on Second? I Don’t Know is on Third?

Back in the day, a high school friend and I won a high school talent contest with Abbott & Costello’s baseball routine entitled, “Who’s on first?”

Too often, it’s a fair representation of the confusion within our organizations about who is doing what by when and for whom.

Examine the assignments for each person

If you’ve prepared a chart similar to the one I’ve shown here, start by taking a vertical look to see if any individuals (or team or other entities) have too many A’s or R’s.

If so, they’ve probably been assigned more than they can reasonably accomplish. Contrarily, if you see someone without any A’s or R’s, they’re just a bystander and could probably do more.

Look for empty spaces, too, to make sure everyone is carrying their share of the work.

Examine each task or project

Likewise, when you look horizontally across the chart, look for a project with too many R’s … if too many people are responsible, probably no one’s responsible.

If there lots of C’s, make sure that all of those people really need to be consulted for the project to move forward.

Too many I’s can also mean there’s too much communication after the fact, which also tends to slow things down.

You might want to minimize the C’s and I’s to make sure you’ve got a clear road ahead. Also, make sure that authority and accountability are available in the same measure.

Question: Do you use any tools like this to help define roles and responsibilities in a team effort? What has worked for you in the past? Does this help?