I was at the epicenter of one cultural disaster.

From the first day, I was stunned that so many put up with so much. My excuse is that I was a young pup and didn’t know any better … but a lot of adults in the playroom sure should have. 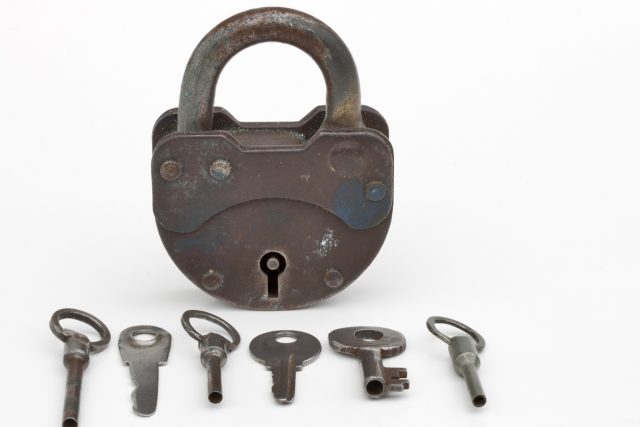 Even to this day, I look back in amazement that the company was such a financial powerhouse.

It was a star performer on the NYSE … but my young, naïve bubble was burst because I figured that companies that performed great … must be great companies.

Their bank account was fat but their culture was leaner than an ostrich burger.

What YOU CAN do about it!

What are one person’s chances of changing a company culture?

“Impossible! It’s like trying throw an anvil across the Mississippi River.”

When that phrase is used, we know a massive change is needed … and the chances for success aren’t good.

A slow, ponderous process unfolds … and by the time it’s finished … well, it doesn’t often turn out very well.

Is it really possible?

When I started getting this on paper, I thought,

“Man, this is going to be a complex subject to tackle. Think of all of the things that are required to accomplish major cultural change?”

6 Keys You Can Use to Unlock and Rock Your Company Culture.

Yet, as I thought about it more deeply, I was convinced that while it will always take discipline and relentless devotion, the concepts are actually pretty simple.

The good news? You CAN build an ethical, values-based culture and, at the same time, create a financially successful company.

1. Leaders must “walk the talk”

Some might say, “ walk the walk”, but I think you know what I mean.

The CEO – and the executive leadership team – must walk the talk … every day … no exceptions.

THIS IS IRREPLACEABLE STEP #1.

If you don’t do it, you have virtually no chance of changing the culture.

You do, however, have a great chance of making it much worse!

No dodgeball. No excuses. Tolerate no exceptions.

The KISS principle is central to making this work.

Maybe one will emerge one day, but you need to start small … with the simple things … so you can intensely focus on what will really make a difference.

Make sure the expected behaviors and conduct are written in simple prose so everyone knows what you mean.

Skip the lofty phrases and vague “Mom & Apple Pie” values because they won’t help anyone know how they’re expected to act.

If you don’t help people understand the behaviors that are acceptable, no values list will make much difference.

Say what you mean. Mean what you say.

3. Values are written down.

It’s critical that you to put your values down on paper so there is absolute clarity about what is transcendent about the company culture.

Once again, they need to be crisp and clear. Leave out the lofty value propositions that don’t translate into observable individual behaviors.

Be sure to share written drafts of these values across the company. It’s a great way to get everyone to buy in and make it real.

It will also ensure that the language you’re using is understood at all levels of the company.

If they can’t recite them, they probably won’t remember them.

If they don’t remember them, they may not live up to them, either.

Use this example to describe the behaviors

Integrity is a word that is included in almost every values statement I’ve seen.

Everyone agrees it should be included and no one will deny it isn’t a core value within their organization … right there with Mom, Apple Pie and the American Flag. (Where it’s absent, it’s usually because the company figures it’s so obvious that it doesn’t need to be included.)

But “integrity” by itself is a vague term. While everyone believes they know it when they see it, it’s not easy to spell out what it means … exactly … in terms of how people behave.

And don’t forget, companies like Enron also had the word prominently displayed on their walls.

What can the West Point Cadet Honor Code teach us?

At West Point, the sometimes controversial Cadet Honor Code expands on the notion of integrity:

“A cadet will not lie, cheat or steal or tolerate those who do.”

Using the Cadet Honor Code as an example … be sure to carefully describe the behaviors you expect by spelling them out in terms of observable individual behavior rather than noble concepts.

Be clear about what behaviors will not be tolerated so there is no misunderstanding about what’s expected.

4. Violations are not tolerated

It must be unequivocally clear that no one is excepted from the values that the organization represents.

This is the kissing cousin of Rule #1 but it’s worth emphasizing by itself.

This extends beyond the CEO. Members of the leadership team must also “walk the walk” and the CEO must be willing to proactively intervene when they’re not.

In short, if you’re not willing to relentlessly enforce the values that the organization stands for, don’t bother with them at all.

They won’t mean anything to anyone.

5. Everyone must act to enforce the values

“or tolerate those who do,”

… it is often at the root of the ethics challenges that regularly undermine and unseat CEOs … as well as cadets.

Just ask the former chairman of Best Buy, Richard Schulze, who resigned after an internal investigation revealed that he knew about a former CEO’s improper relationship with an employee but did not report the affair to the board of directors.

This sanction was implemented even though Schulze was not only the company founder, but was CEO for almost 40 years.

Unless you require employees to enforce the standards of ethical conduct in others, you’ll have a difficult time enforcing the values you seek.

When you insist that employees refuse to tolerate behavior that violates the company’s values and principles, the enforcement, as well as the legitimacy of those values, becomes much more robust.

It also reinforces the notion that employees’ actions are considered to be ethical when they carry out an ethically correct action (like not tolerating violations by others).

This practice will be a much more powerful driver than holding employees accountable only when they don’t act ethically themselves.

As leaders, the lesson for each of us is clear:

Building a great culture is NOT a one-time event.

No “Thanks for playing”.

You must constantly hold a mirror up to the organization to make sure the actions are matching the words:

Are people behaving in accordance with the cultural values that we embrace?

You need to constantly monitor the examples set by your leadership team – and everyone else – to make sure they ARE “walking the talk”.

You may discover that some of the values are not clearly understood … that new employees are unfamiliar with them … or that exceptions are being made so no one thinks they really apply any longer.

It’s not over until it’s over.

It’s worth repeating what we started with:

Walking the talk is irreplaceable step #1. If you don’t do it, you have virtually no chance of changing the culture.

If you want to build, improve and/or sustain an honorable, values-based culture in your organization, you can do it if you follow the 6 Keys to Unlock and Rock Your Company Culture.

Use these keys to unlock the cultural change you want.

Then, get out there and rock it!

Question: What are you doing to make sure these principles are applied in your organization?

How would you answer that? Let me know in the comments below and we’ll build on that to expand our discussion of these ideas and concepts.