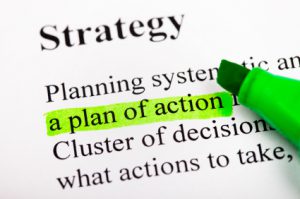 What are we going to be covering in this 5th podcast in our Action Planning Course? We've all been here, haven't we? We've got a great idea to expand our… 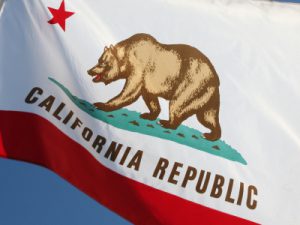 Like we need more bad news in or about California ... but the Chief Executive organization's survey of Best and Worst States for Business 2010 finds the Golden State's golden…

The reports are continuing on the woeful effects of the Obama job stimulus program, heralded as the American Recovery and Reinvestment Act. The $789 Billion package was to create or “save” 3 million jobs but here’s the thing.

You know how your spouse says she or he just “saved money” when they bought something on sale … but you can never really find or see those “savings”? That’s the same logic the Administration uses to claim it’s “saved jobs” as they seek to defend the success of the stimulus package.

Not only is job creation meager, but the costs are staggering. The White House’s Recovery Act site – shows, for example, that $660 million has been awarded to Bay Area transportation projects to create 997 jobs, which amounts to a staggering $661,986 per job. Last week, the site showed that California Congressional Districts 00 and 99 received millions of dollars in stimulus funding even though neither district exists. END_OF_DOCUMENT_TOKEN_TO_BE_REPLACED

Like big bears hovering over the waterline picking off salmon swimming upstream, the economy is not  much of a friend to small business. As you probably realize, small businesses generated 65% of the job growth between 1993 and 2008, and represent about half of the private-sector employment in the U.S., according to the Small Business Administration. “Smaller firms, with fewer than 20 employees, account for 25% of all jobs, but they generated 40% of the [job] growth in the last expansion in 2001,” says Joseph Brusuelas, a director and senior economist at Moody’s Economy.com.

Nouriel Roubini, the NYU economist,  writes in a column published in BusinessWeek that the small business economy, is still mired in an “deep and persistent recession”. In fact, a Goldman Sachs analyst recently explained that small business sentiment is out of line with other measures of the economy, like GDP.

What’s the answer? A recent meeting of chief executives concluded that efforts need to center on getting more credit to small and mid-market businesses. The CEOs argued that the main impediment to a faster economic recovery was the high level of unemployment and called for ensuring that credit was available to jump-start hiring, with an emphasis on smaller businesses. I seriously doubt that’s the holdup and am inclined to agree more with the NFIB Chief Economist. END_OF_DOCUMENT_TOKEN_TO_BE_REPLACED

Remember this line? “There is strong and mounting evidence that the recovery act is putting people back to work,” a statement Vice President Joseph R. Biden Jr. made at a recent news conference in Washington.

In a recent post, Not that I told you so, I lamented the woeful results of the stimulus, and the lack of job creation results. Of course, today produced another painful reminder of this truth … that unemployment reached 10.2%, exceeding 10% for the first time since 1983!

In Where’s the Stimulus, I reported that while corporate profits were boosting the market, revenues for those same companies have fallen far more than the amount of the stimulus. While profits help fuel job growth and give companies some headroom to make those decisions, the lack of revenue growth eviscerates any need to rebuild your talent pool.

There is more evidence that the pols in Washington have no clue about how to stimulate job creation, END_OF_DOCUMENT_TOKEN_TO_BE_REPLACED

Continue ReadingNot that I told you so … redux!
×
×